By design or accident, Indonesia's democracy likely to survive COVID-19 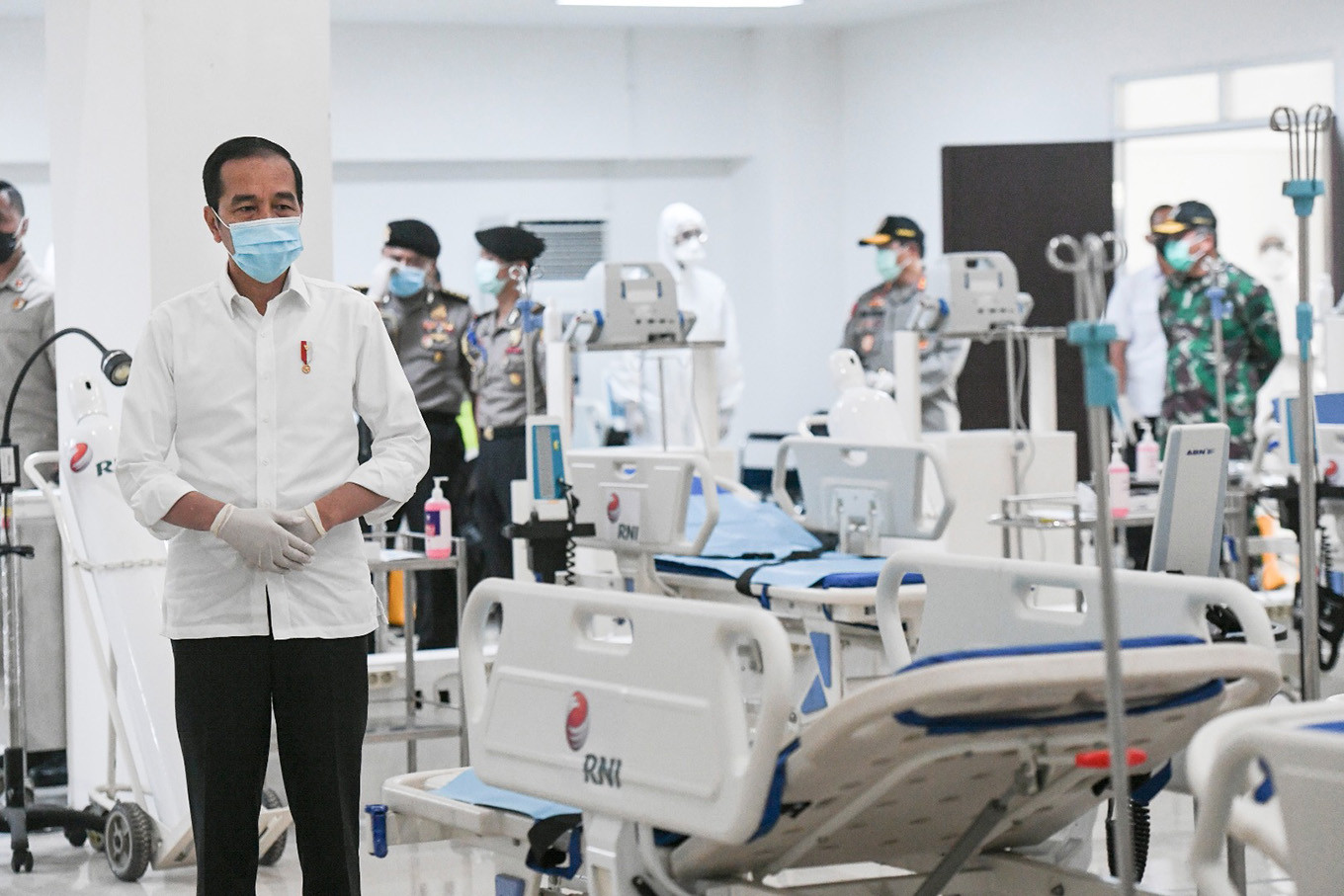 More often than not, in times of crisis democracy becomes the first casualty.

Prolonged economic crises, disastrous defeats in war or grave security problems can lead to a regression of democracy, or worse, give rise to an authoritarian leader.

The coronavirus pandemic, which now looks set to become the greatest health crisis mankind has ever faced, is no exception. The unprecedented nature of its threat, the speed at which the disease spreads and the lethality of its attack, have given rise to coordinated efforts, which is only possible with a concentration of power in the hands of the executive.

These days, some who were terrified by the coronavirus onslaught look up to China’s response and have concluded that the cure for COVID-19 is simple: authoritarianism.

And right on cue, in several countries, the coronavirus has become the cover for leaders to impose draconian measures that one way or another lead to backsliding in democracy.

In Israel, graft-tainted Prime Minister Benjamin Netanyahu, whose party fell short of a majority in the third general election in two years, shut down the courts, ordered the security agency to spy on people diagnosed with the coronavirus and with the help of his ally, forcibly halted a Knesset assembly, citing health guidelines.

In Hungary, under the pretext of slowing down the spread of COVID-19, Prime Minister Viktor Orban’s government has proposed to the parliament a law that would extend the state of emergency declared on March 11 indefinitely. Under this proposed regulation, Orban would be allowed to rule by decree.

Even in more established democracies, the threat of the coronavirus has allowed political leaders to indulge their authoritarian tendencies. When criticized that his plan to reopen the United States’ economy by Easter was likely to worsen the pandemic, President Donald Trump responded by attacking the media with the now-cliched tropes of “fake news”, and “lame-stream media”.

In Brazil, after calling the severity of COVID-19 “exaggerated”, President Jair Bolsonaro attacked governors and mayors who had imposed restrictions and lockdowns as “criminals” who were destroying the country. The right-wing president threatened last week that if people did not return to work, “Brazil could depart from democratic normalcy.”

President Joko "Jokowi" Widodo could have taken his cues from the playbook of Bolsonaro or Orban, but thus far, he appears to have restrained himself from taking draconian measures in battling COVID-19.

It could have been easy. The absence of an effective opposition in the House of Representatives could make it easy for him to take a strongman approach to deal with the pandemic.

But, beyond initially insisting that the declaration of a lockdown could only be taken by the central government, President Jokowi has effectively deputized the work of fighting the coronavirus to his subordinates.

After weeks of mixed messages and the lack of a unified response, President Jokowi set up in mid-March a fast-response team to prevent wider contagion under the leadership of National Disaster Mitigation Agency (BNPB) chief Doni Monardo. For a decision that crucial, the President issued only a “presidential decree” (Keppres), a type of regulation not recognized by the country's legal system.

To the dismay of health experts and the general public, President Jokowi has thus far resisted branding COVID-19 an extraordinary event and appears confident that the problem will still be solved largely through the normal procedures. For mitigation efforts, he has allowed relevant ministers to craft their own measures to deal with the pandemic.

The job of helping workers deal with a business slowdown falls into the hands of Manpower Minister Ida Fauziyah, who in turn issued a circular prodding business owners to protect workers’ rights during the pandemic. Finance Minister Sri Mulyani Indrawati, for her part, has readied a flurry of regulations, mostly ministerial decisions, aimed at providing stimulus for businesses so that they can stay afloat during the health crisis, which the BNPB has declared an “emergency response” period.

In the countries mentioned above, the COVID-19 threat has allowed political leaders to accumulate even more power, but Jokowi seems to be going in the opposite direction.

Since the onset of the pandemic, he has refused to take drastic measures, and his motivation has been clear from the start; he doesn’t want to see too much disruption of the economy, and it is this concern that could act as the safeguard for what’s left of Indonesian democracy.

You can certainly question the merit of talking about preserving democracy at a time like this, when greater danger is lurking just around the corner, especially if you believe authoritarianism and a heavy-handed approach is key to success in the fight against COVID-19.

But only in a democracy can you allow the media and civil society to have the freedom to call out the government when it fails to deliver the right response to the pandemic. Only in a free blogosphere, can you have netizens raising concerns about how the government deals with the health crisis.

If anything, we should fear the prospect of draconian measures, if implemented during the crisis, staying in place once the pandemic is over. The September 11 attack happened almost two decades ago, but to this day, going to the airport feels less like leisure and more like a chore.

However severe, the pandemic, just like any preceding crisis, will pass, and even during these darkest days, we must not allow political leaders to concentrate excessive power. In the words of a certain US President, “We cannot let the cure be worse than the problem.”