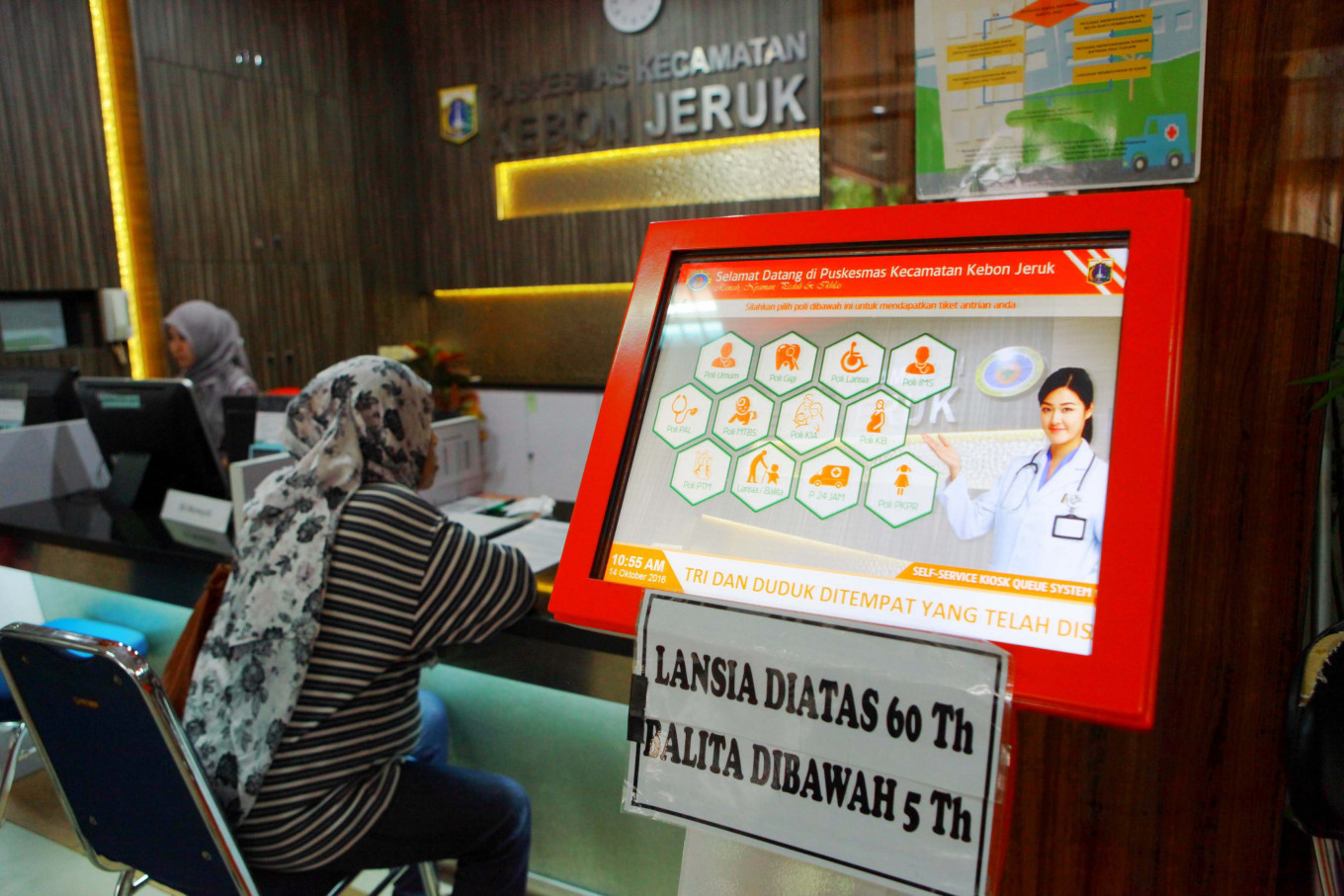 I received two videos through WhatsApp, one featuring the popular song “Ibu Pertiwi” (Motherland) and the other Michael Jackson’s “We are the World”, while waiting for a COVID-19 test last week — I’ll explain later. Knowing the sender, I knew he was expressing his concern over our divisive society.

Hostility, revenge and hatred are still growing steadily. The choice is often limited; You are with us or against us. Religious and ethnic minorities often become targets of bullying. Can this pandemic at least lessen this dangerous situation?

It was early morning on Thursday in the parking lot of the Persahabatan Hospital in East Jakarta when I received the videos. The first song is about a mother(land) who is crying because her wealth and environment are being destroyed. But the children of the nation promise they will guard their motherland with their own blood. The second song was performed by superstars in 1980s to demonstrate solidarity for millions of starving and dying Africans.

The first video features a choir of Indonesian students performing the song, which has become a national hymn, on a street in Rome long before the pandemic. The song has often been performed during difficult times in Indonesia, such as after the devastating 2004 tsunami in Aceh, to lift up spirits and to mobilize charity for victims.

Many Indonesians do not know the song was actually a total adoption of a Christian hymn, “What a Friend We Have in Jesus” written by Joseph M. Scriven in the 19th century, long before the Indonesian version was introduced without identifying the composer. Never mind—it’s always used for good purposes.

So why did I go to the hospital? I was very nervous after learning that three family members of a friend who died last week had been diagnosed positive for COVID-19. As I had gone to pay my last respects, I came into direct contact with the mourning family. So I went to Persahabatan, one of the main referral hospitals for COVID-19, which specializes in lung-related ailments. The hospital provides health screening and tests for people with strong reasons to fear they are infected. The health screening costs Rp 231,000 (US$13).

I know we are importing rapid-test kits from China, but these are only for blood samples. At the above hospital the medical tests include lung X-rays, blood sample tests and, on the decision of the physician in charge, also swab testing, to take samples from the nose and throat. Results of the X-rays and blood tests are revealed the next day.

However, you might only discover the swab test results when, about five days later, an ambulance comes to your door to take you to the hospital. My initial tests thankfully concluded I did not have the disease, but there is no guarantee that I’ll be permanently free of the virus, at least as long as there is no vaccine against it available.

So I could somehow relate to the aforementioned songs regarding this apocalyptic situation. Indeed, the “Motherland” is “in sorrow, tears flowing from her eyes”. But her “faithful sons and daughters” pledge “to preserve the heritage for our homeland and nation”, although we don’t know exactly how in this unprecedented pandemic.

And “We are the World”, which today’s youth may not know, never fails to lift our spirits.

We are the world/

We are the children/

We are the ones who make a brighter day, so let’s start giving

Initially, President Joko “Jokowi” Widodo was reluctant to make swift decisions to anticipate the pandemic early on, maybe partly because he has been a regular consumer of the traditional jamu (herbal medicine) since childhood, a habit that raises confidence in one’s immunity.

Now the President has changed his mind and has issued major orders to curb the disease, which has been spreading across the country. Indonesia is entering an economic recession and the consequences will be dreadful for all.

Jokowi, however, still defies calls to impose a total or partial lockdown, apparently fearing the devastating economic impacts, although he may also be considering the near impossibility of locking down this vast archipelago. Perhaps he’s also betting on the dry season, expected in a few weeks, which may be less friendly to the virus.

One thing’s for sure: Millions of Indonesians are losing their sources of income. The government has announced plans to provide cash for the hungry and jobless at the grassroots level, but previous experience has shown a few months are needed to disburse funds because of technicalities and red tape.

How about the super rich and politically powerful people? So far, at least in public, we have seen few philanthropic acts. Maybe they don’t want to be seen as overtly pleasing the government. They should come forward, before we enter chaotic time when the rich are hoarding while the poor are looting.

The Angel of Death, as I sensed, has come so close. No one can escape the death sentence, unless we tightly unite right now. Hatred, selfishness, blind religiosity are among the keys to end your life, if we blatantly defy calls to delay our important events, for instance.

No matter how much you love or hate our President, we must entrust him to be in full command in this very dangerous period.

As this coronavirus is everywhere, can we put aside hostility and even mutual hatred? We should not help the virus kill us all just because we are too selfish.

Let us help the government of President Jokowi for the sake of ourselves and the nation.