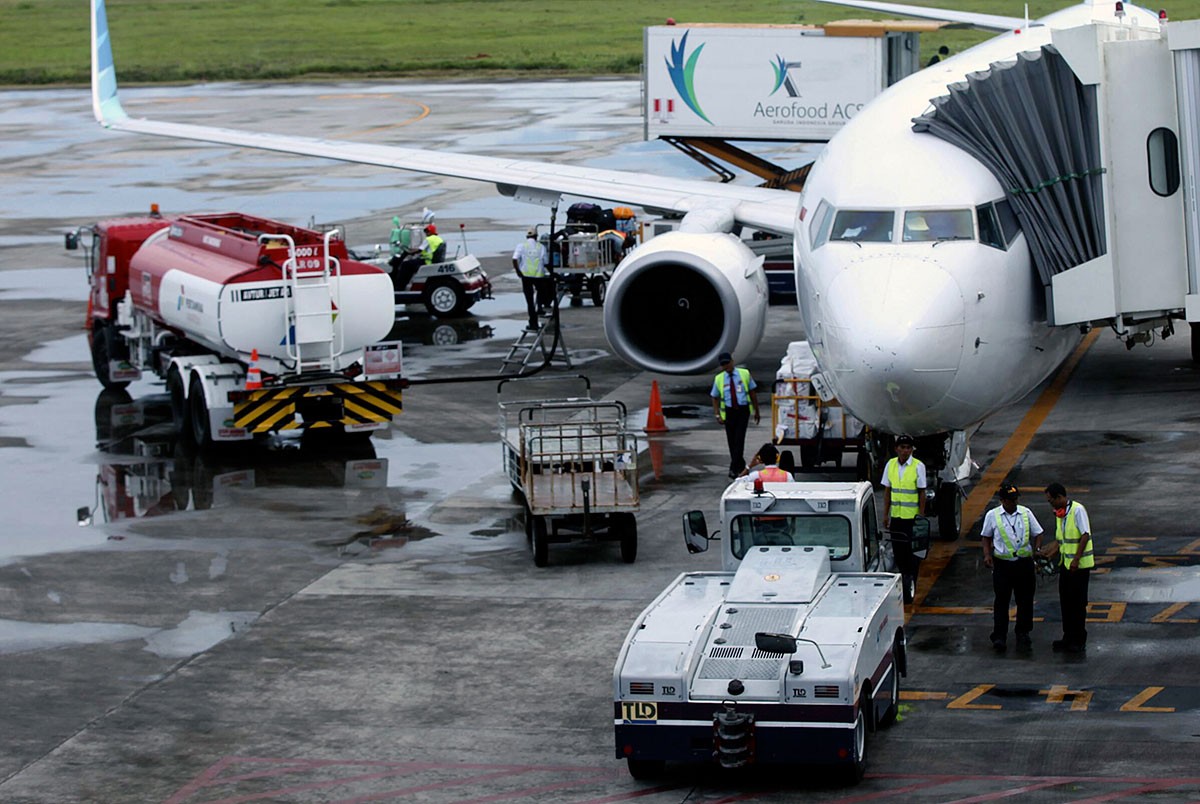 A Garuda Indonesia airplane is being refueled at Lombok International Airport in Lombok, West Nusa Tenggara, in this undated photo. (JP/File)

Jet fuel consumption in Indonesia has slumped as a result of nosediving air travel because of the COVID-19 pandemic.

“This is staggering. A 60 percent decline in avtur consumption was caused by suspensions in most domestic and international flights,” said Pertamina president director Nicke Widyawati on Wednesday.

With the sharp drop in sales, Pertamina’s stock of jet fuel would be enough for the next 119 days, said Nicke, prompting the company to consider exporting avtur.

The Indonesian National Air Carriers Association (INACA) previously reported that national airlines had slashed flights, frequency by 50 percent or more, as airlines continued to see steep drops in passenger numbers due to the pandemic, which has forced several countries to impose travel bans. Low-cost carrier AirAsia Indonesia has temporarily halted all of its flight services since April 1.

The number of air passengers has declined accordingly. There were only 5.79 million domestic passengers in February, down by 8.08 percent from January, Statistics Indonesia data show.

The number of international flight passengers, meanwhile, plummeted to 1.1 million people in February, which is down more than 33 percent from January.