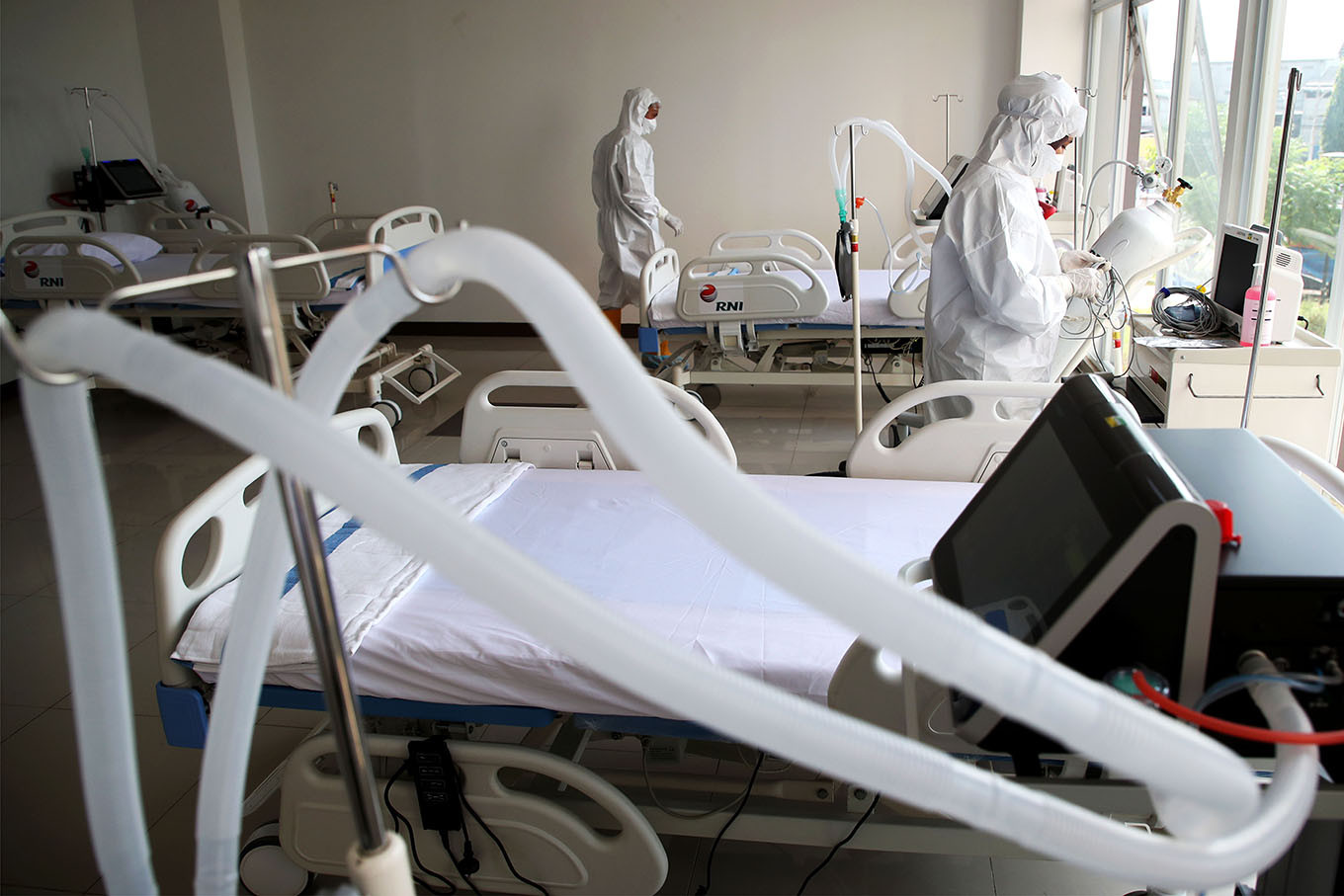 State-owned firms have received COVID-19 medicine and raw materials from India to help treat infected patients in the country.

Arya added that Bio Farma had also ordered 1 ton of chloroquine that will also be used to help treat patients infected with the pneumonia-like illness.

Other than procuring the necessary medicine to treat the illness, he also said that several SOEs would soon produce 200 ventilators that would be used for patients in mild and critical conditions.

“The ventilator prototypes from several universities and companies are still being tested by the Health Ministry. Once the test is finished, SOEs will be ready to produce them,” he said.

Research and Technology Minister Bambang Brodjonegoro also said on a separate occasion that Indonesia could have its first locally made ventilators by April 25.

“PT Indofarma has agreed to take the ventilators and become the offtaker for them,” said Arya, referring to Bio Farma’s subsidiary.

The government is easing trade requirements for businesses importing medical equipment and medicine needed to handle the pandemic.

"We have also eliminated the import duty for medicines paid by the government," Finance Minister Sri Mulyani Indrawati said on March 16.

The same will be done for medical aid and COVID-19 testing devices sent by other countries, she added.