G-SHOCK teams up with Dominate for latest watch 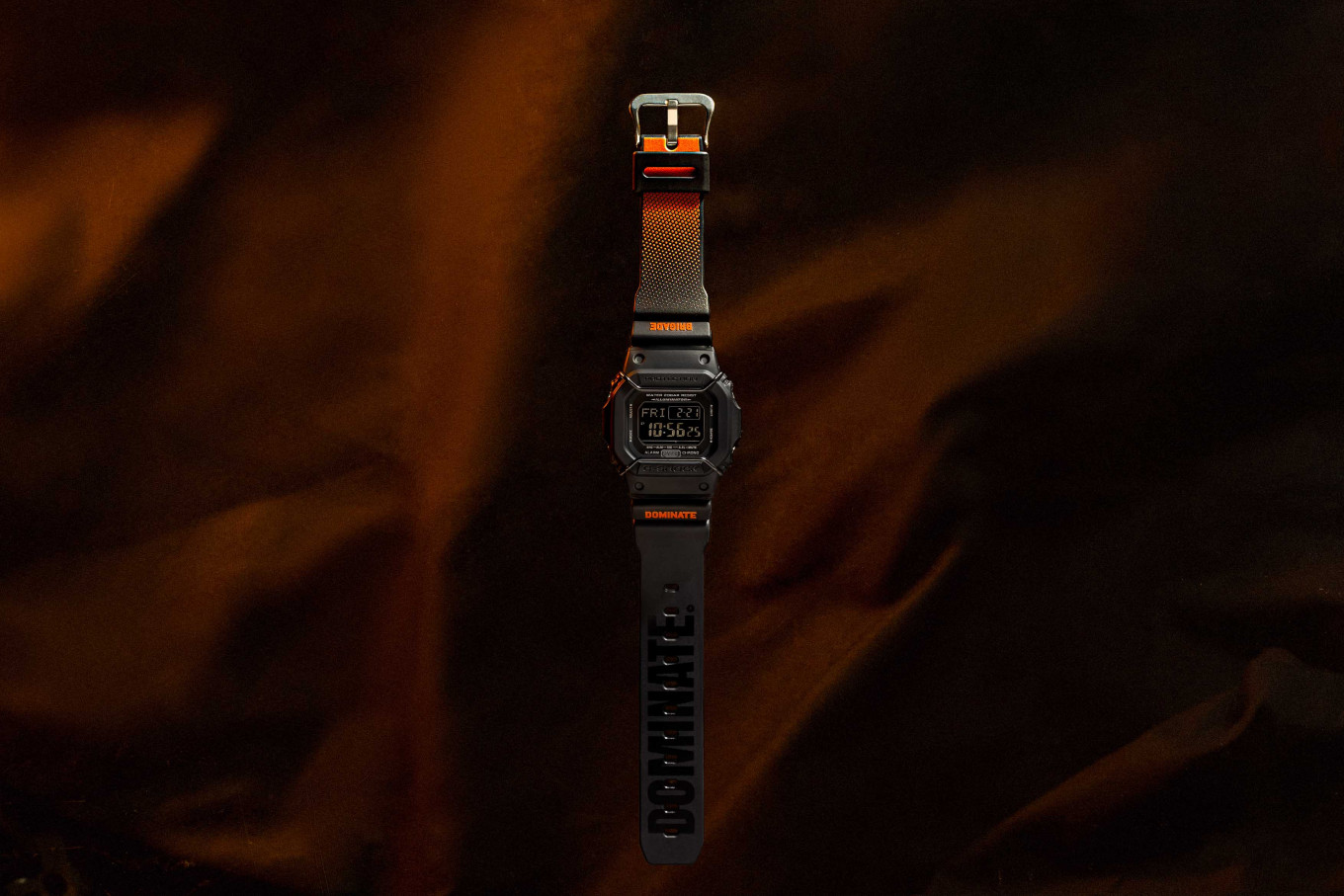 The G-SHOCK DW-5600P is the result of a collaboration between Casio and Indonesian streetwear label Dominate. (Courtesy of/Casio G-SHOCK)

Made of matte black resin and sporting a black strap that features the words “BRIGADE” and “DOMINATE” in orange, the DW-5600P is also equipped with “bulbar” protectors.

Influenced by our all-time construction of MA-1 Bomber Jacket, this is the way of how we transformed MA-1 Bomber Jacket into a timepiece. .__ This collaboration will exclusively launch on 17 April 2020 in limited pieces via our official webpage www(dot)dominatebrigade(dot)com and will be available in Indonesia for the moment. .__ Model: G-SHOCK 5600P .__ Features: Electroluminescent backlight technology Water Resistance Shock Resistance The Bullbar Stainless-steel back cover .__ Colorways: Black Matte-Orange .__ Values: Vibrant, Tough, Solid, Firm. __ By : @medianormal_ @prayogoyoedo .__ #dominate #dominatejakarta #dominatebrigade #dominatexgshock

Riry Silalahi of Casio said that the brands shared similarities in visions and their familiarity with sports, music, art and fashion. “[We] see how Dominate is embraced by streetwear fans in Indonesia, and surely the DW-5600P goes very well with streetwear style,” she said.

Dominate’s co-owner Nayarana Paramasatya said, “[We’re] very excited, as the watch is a mixture of all lifestyle elements embodied in Dominate and G-SHOCK.”

This marks G-SHOCK's second collaboration with an Indonesian brand, having previously teamed up with mural artist Darbotz in 2018.

Founded in 2013, Jakarta-based Dominate made a splash when it was featured on the online streetwear platform Hypebeast. According to Vice Indonesia, the brand also collaborated with Taiwanese label Taiwan’s Less and Urban Outfitter Europe in 2017.

For more information and updates about the DW-5600P, keep an eye out on the Instagram accounts of G-SHOCK, Dominate and Atmos. (wng)