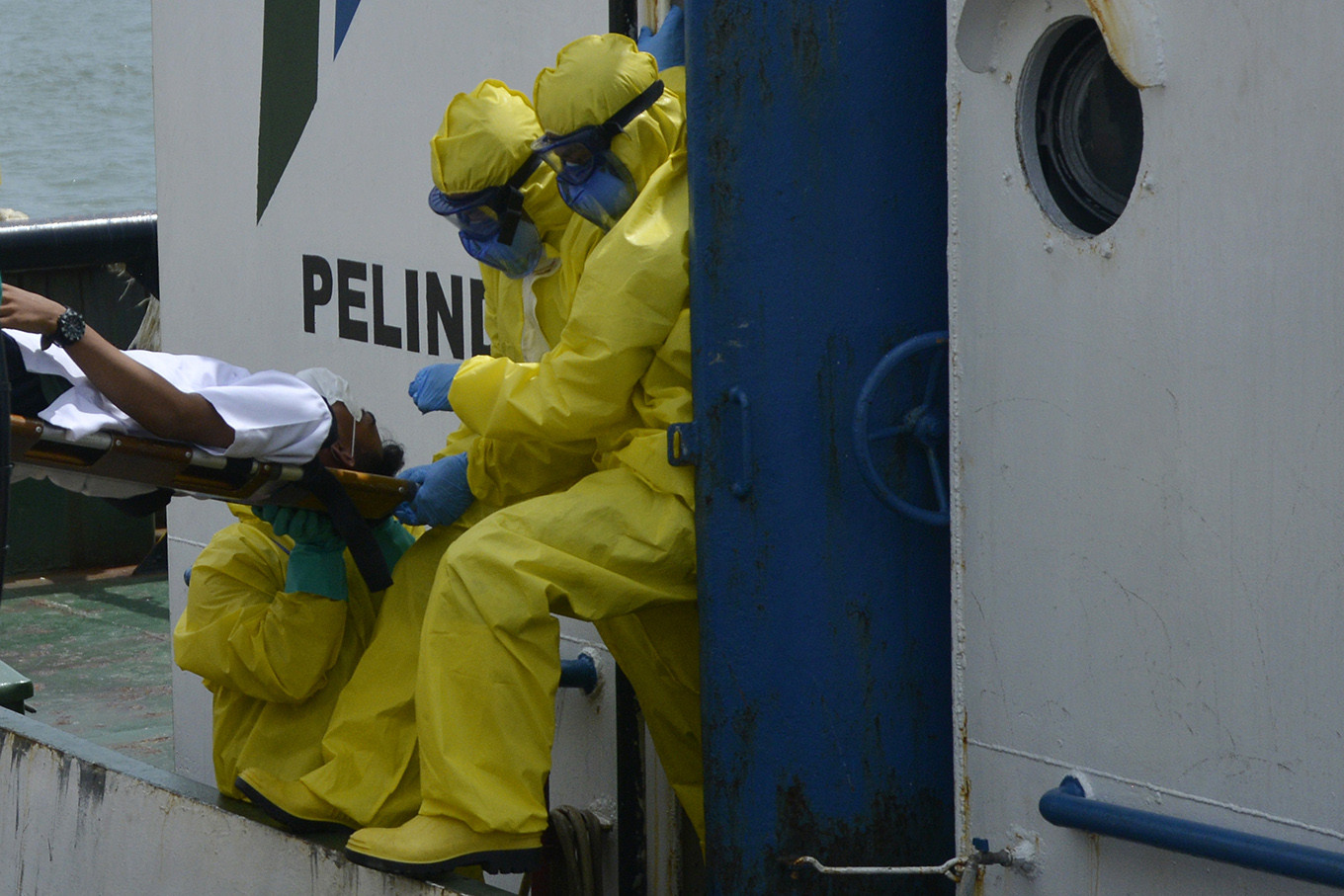 Medical workers evacuate a passenger infected with COVID-19 off of a ship during a simulation of COVID-19 emergency response at Soekarno-Hatta Port in Makassar, South Sulawesi, on March. 10. (Antara/Abriawan Abhe)

Sixty-six crew members of KM Lambelu have tested positive for COVID-19 after swab tests were conducted, bringing the total number of coronavirus cases of those who were aboard the ship to 92.

The South Sulawesi Health Agency confirmed on April 12 that 26 out of the 151 crewmen of KM Lambelu had contracted the coronavirus.

The health agency’s head, Ichsan Mustari, said the crew members who contracted COVID-19 were asymptomatic or experienced little to no symptoms.

“We will keep monitoring their condition. Up until now, their condition has been stable. If their results are negative in the next test, they will be able to continue sailing after the incubation period ends,” Ichsan said on Friday.

Data from the national COVID-19 task force show that, as of Saturday, 343 people in South Sulawesi had tested positive for COVID-19, including crew members of KM Lambelu.

However, Ichsan previously argued that the ship’s crew members should not be included in the data since they were not residents of the area and had only been in Makassar for the tests.

“We already asked the task force to exclude KM Lambelu crew members from the count of patients who tested positive. Based on their contact history, they contracted the disease aboard the ship, not in South Sulawesi,” he said.

In Maluku, two of 10 crew members of KM Dobonsolo tested positive for COVID-19. The ship had carried 54 passengers and sailed from areas with high rates of infection such as Java and Sulawesi.

“All indications pointed to the crew members testing positive for COVID-19 following a rapid test conducted by health officers at Yos Sudarso Port in Ambon. Both of them were immediately sent to quarantine at the Maluku Human Resources Development Agency dormitory in Wailela,” Maluku’s COVID-19 task force head Kasrul Selang said. (dpk)