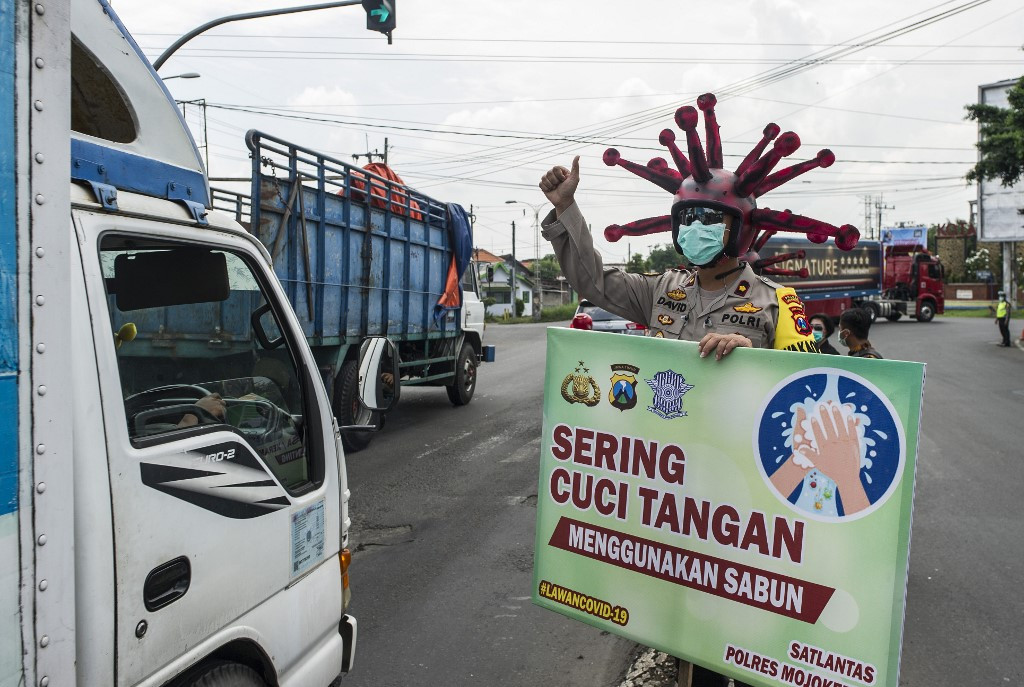 The Medan Police in North Sumatra are investigating an incident involving a police officer identified only as RS, a video of whom circulating on social media since last Saturday appears to depict him spitting at a car driver.

“It is such a shame. RS’ act has tarnished our institution amid the police’s efforts to curb the spread of COVID-19. He could’ve spread the virus by spitting at the car driver,” Jhonny said last Saturday.

The recording was made during an activity that seemed to be a street operation, after the driver allegedly refused to pay hush money to the cop.

The video was recorded by another driver, who was also stopped by RS. The driver who recorded the video claimed that his driving license was detained and later returned by a colleague of RS, identified as WI, who is not a police officer, after the driver handed over Rp 10,000 (US 65 cents).

Jhonny apologized to the public for the dishonorable action conducted by RS. He said he would request a transfer for RS.

“We suggest that he no longer work at the Medan Police,” he said.

North Sumatra Police spokesperson Tatan Dirsan Atmaja said Sunday if proven guilty, RS would be put on disciplinary trial and given sanctions by the Medan Police’s division of internal affairs.

“The North Sumatra Police head, Insp. Gen Martuani Sormin Siregar, would not hesitate to punish police officers whose behavior has unsettled the public,” he added. (aly)