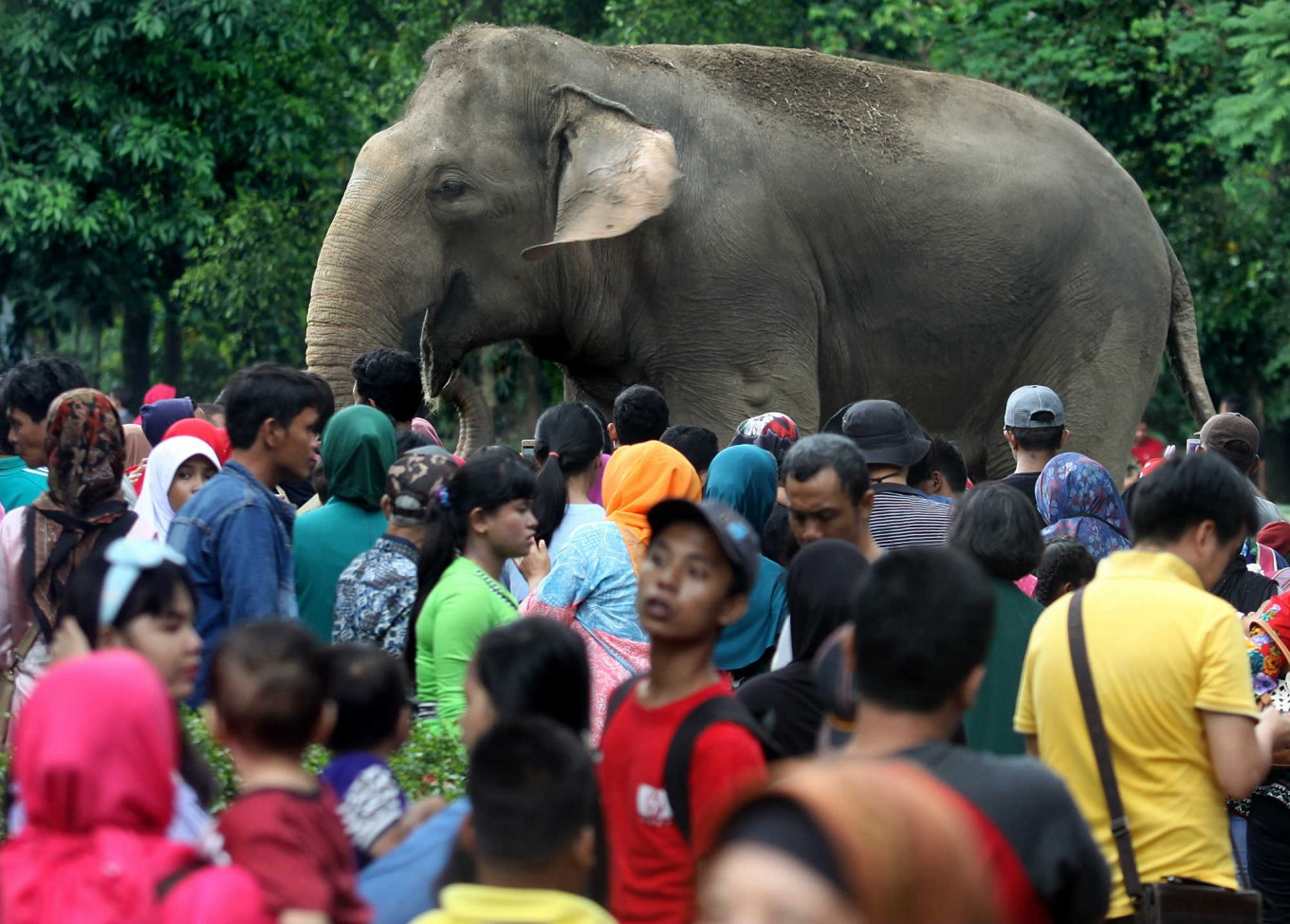 People look at a Sumatran elephant at Ragunan Zoo in South Jakarta in 2017. (Antara/Reno Esnir)

The Aceh Natural Resources Conservation Agency (BKSDA Aceh) has started investigating the death of a Sumatran elephant found at an oil palm plantation in Ranto Peureulak in East Aceh regency, Aceh, the second case of its kind this month.

“We do not yet know the cause of the death,” he said as reported by tempo.co on Thursday.

Veterinarians of the agency immediately conducted a necropsy to find the cause of the death. BKSDA Aceh also coordinated with local police to check the areas surrounding the location of the dead elephant.

This marks the second finding of a dead Sumatran elephant in Aceh. Earlier this month, local residents found a decaying elephant carcass at a production forest in Kerung Baung village in Peunaroen district, also in East Aceh regency. Authorities estimated that the 1.5-year-old calf died a month before they found it.

Its cause of death is also not known.

The Sumatran elephant is a critically endangered species according to the International Union for Conservation of Nature (IUCN) Red List due to a significant decrease in population as a result of habitat encroachment and poaching.

Agus urged local residents to take part in elephant conservation as Sumatran forests, home to the elephant, were constantly being deforested to make way for human and business activities.

“The damage of their habitat would trigger conflict with humans,” he added.

The finding occurred only a day after a wild Sumatran elephant was brutally killed in Kelayang in Indragiri Hulu regency, Riau. The elephant’s face was severely mutilated though its tusks were still intact. (dpk)