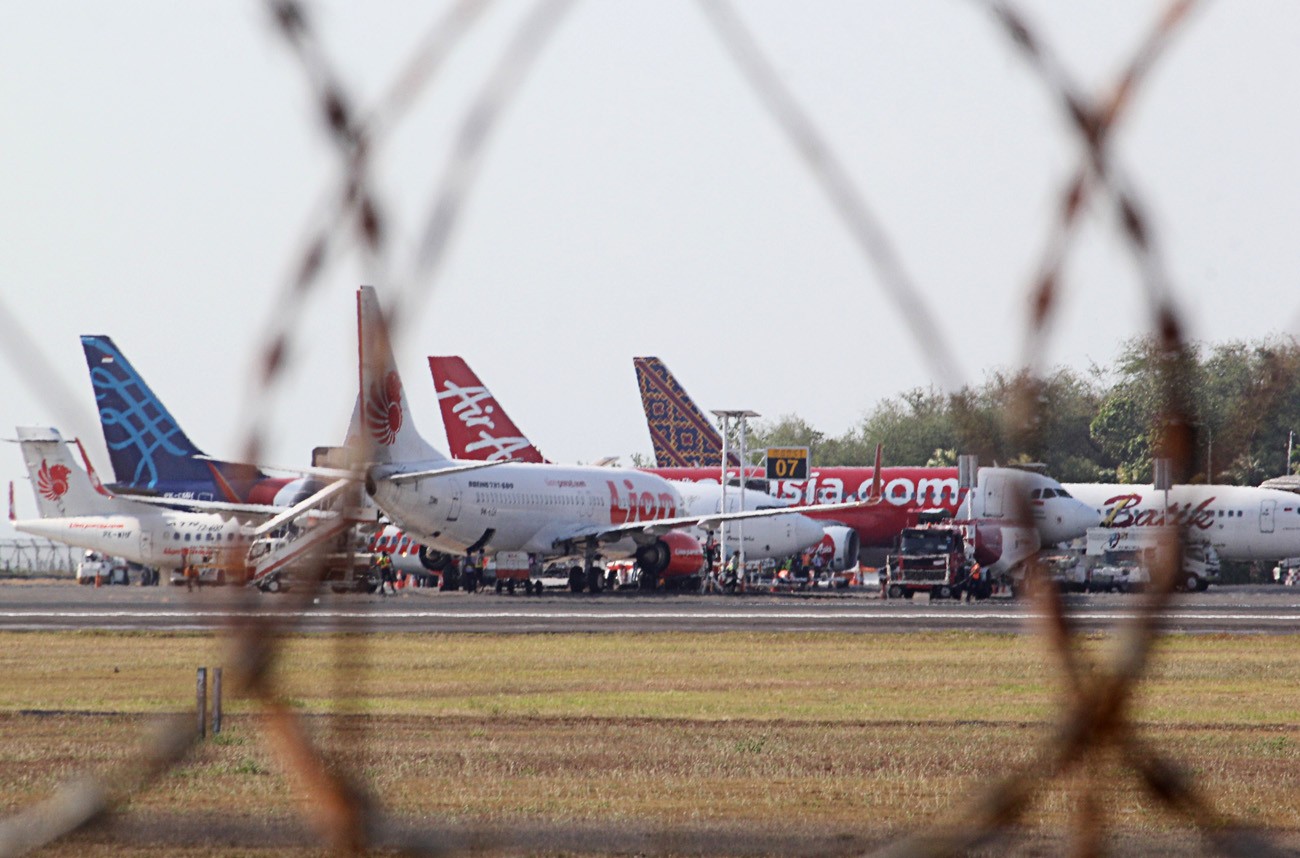 Indonesia’s aircraft ground-handling companies have asked for a rescue package from the government to keep them afloat as business has come to a virtual standstill as a result of the harsh impact of COVID-19 on the country’s aviation business.

Chairman of the Association of Indonesian Ground-Handling Companies (AGHI), Ida Pangelingsir Agung Putra Sukahet, said demand for aircraft ground-handling had plunged sharply during the past two months as most airlines had cut their flight frequency or even suspended their operations.

“The number of flights that are handled by ground-handling companies has dropped by 80 percent due to travel restrictions globally, which have forced airlines to reduce flights or stop operations for an unknown period of time,” he said in an official statement on Monday.

Ground-handling companies generally employ many people as they provide a wide range of services not only to airlines but also airport operators. The services include aircraft ground-handling, cargo and warehouse handling, passenger and baggage handling, airport assistance, aviation security, airbridge operation and other aircraft servicing at airports.

With the current business situation, the AGHI said about 20,000 workers in the ground-handling business across Indonesia were at risk of losing income and jobs.  There are at least 25 companies engaged in aircraft-handling services.

The expected incentives include deferral of tax payments and premiums for social security insurance (BPJS), discounts on space-leasing fees or delays in leasing payments.

“Financial support from the central and regional governments in the form of direct cash aid for the affected employee is also needed since many AGHI members have been unable to pay wages to their employees for the last two months,” said Ida.

Ida warned that without help from the government, massive layoffs could not be avoided. He added that many companies in the business might go bust if the COVID-19 pandemic lasted for a long time.

Meanwhile, the Indonesia National Air Carrier Association (INACA) reported that due to the drastic decline in passenger numbers, airline companies have reduced their flights by up to 50 percent. Certain airlines such as Air Asia Indonesia have even decided to temporarily suspend their operations.

Meanwhile, state-owned airport operator Angkasa Pura I, which manages 15 airports in the central and eastern parts of Indonesia recorded a total of 17.78 million passengers using its airports, an 8.11 percent drop from 19.3 million in the same period last year.

Another state-owned airport operator Angkasa Pura II, which manages 19 airports in the western part of Indonesia including Soekarno-Hatta International Airport, in Tangerang, Banten, has shortened operational hours and closed some terminals following the sharp drop in flight traffic as a result of government-imposed social restrictions to slow down the spread of COVID-19.

At Soekarno-Hatta International Airport for example, Angkasa Pura II has closed terminals 1B, 1C and 2F, while terminals 1A, 2D, 2E and all of Terminal 3 remain open 24 hours.