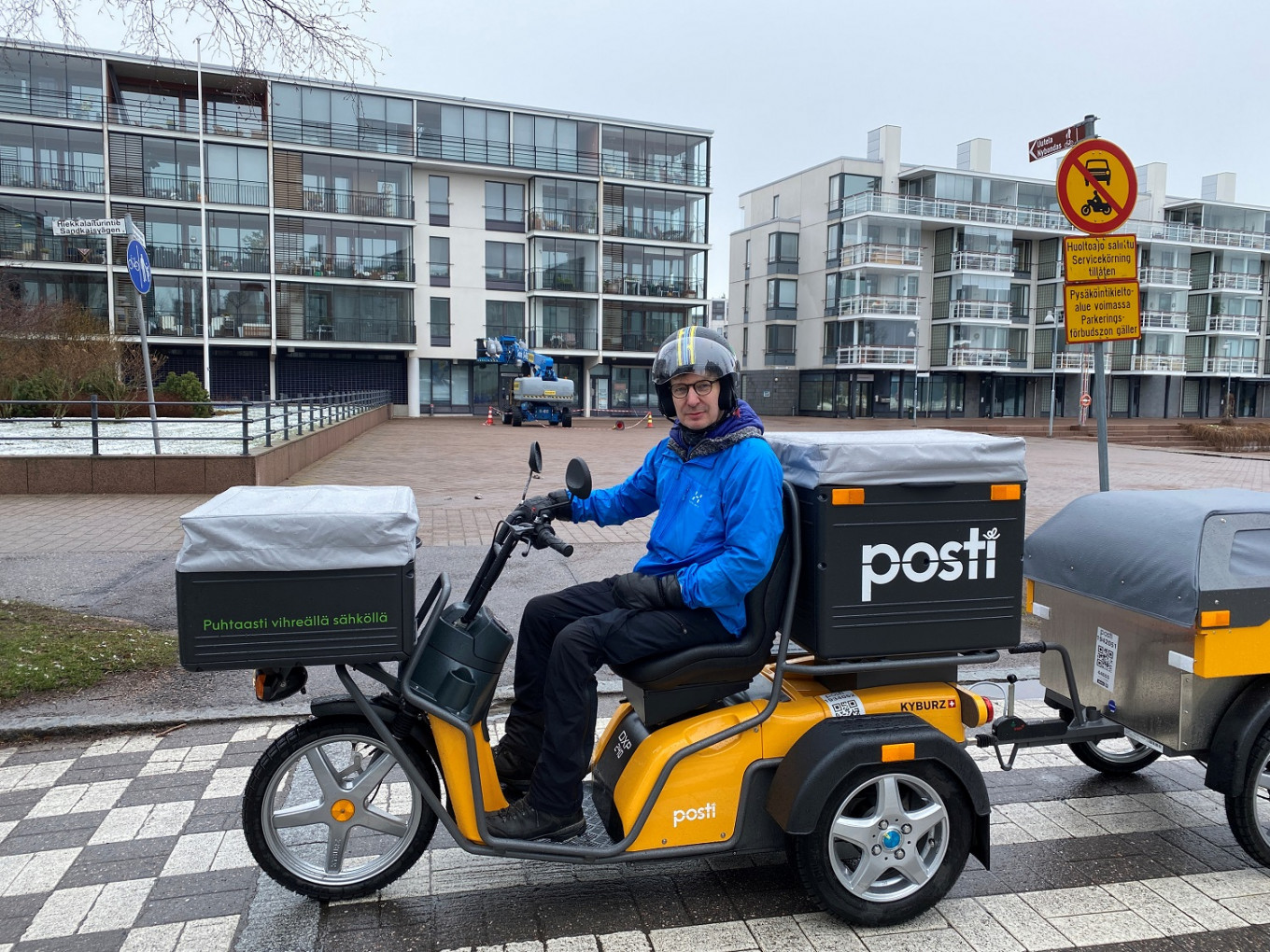 Violinist Teppo Ali-Mattila poses on an electric bike as he delivers food to vulnerable residents during the coronavirus disease (COVID-19) outbreak, in Helsinki, Finland, on April 16, 2020. (REUTERS/Attila Cser)

The second violinist of the Helsinki Philharmonic Orchestra has been redeployed to help fight the coronavirus crisis - he's using an electric bike to deliver food to the Finnish capital's elderly residents.

With old people ordered to self-isolate, city employees have contacted 27,000 citizens aged over 80 to offer help by delivering groceries and medicines.

With public gatherings of more than 10 people banned in Finland since March 17, violinist Teppo Ali-Mattila suddenly had time on his hands since all his concerts were cancelled.

He volunteered for a scheme that allows the city to redirect employees, mostly from its cultural and sports services, to the Helsinki Help service for the elderly.

Ali-Mattila misses playing music with his colleagues and performing in front of an audience, but he is happy to be doing something to help.

His deliveries can be the only face-to-face contact that elderly people have with the outside world, even if he does have to stay two meters away.

"It feels very good that something like this has been organised for us. Every day food, bread and even pizza," Lundgren said.

The elderly pay for their shopping but delivery is free.

More than 3,400 Helsinki employees have signaled their interest in joining Ali-Mattila if the city needs more help with healthcare and social services.

By Thursday, Finland had 3,369 confirmed coronavirus cases and 75 deaths, according to health authorities.