India's response to the COVID-19 pandemic 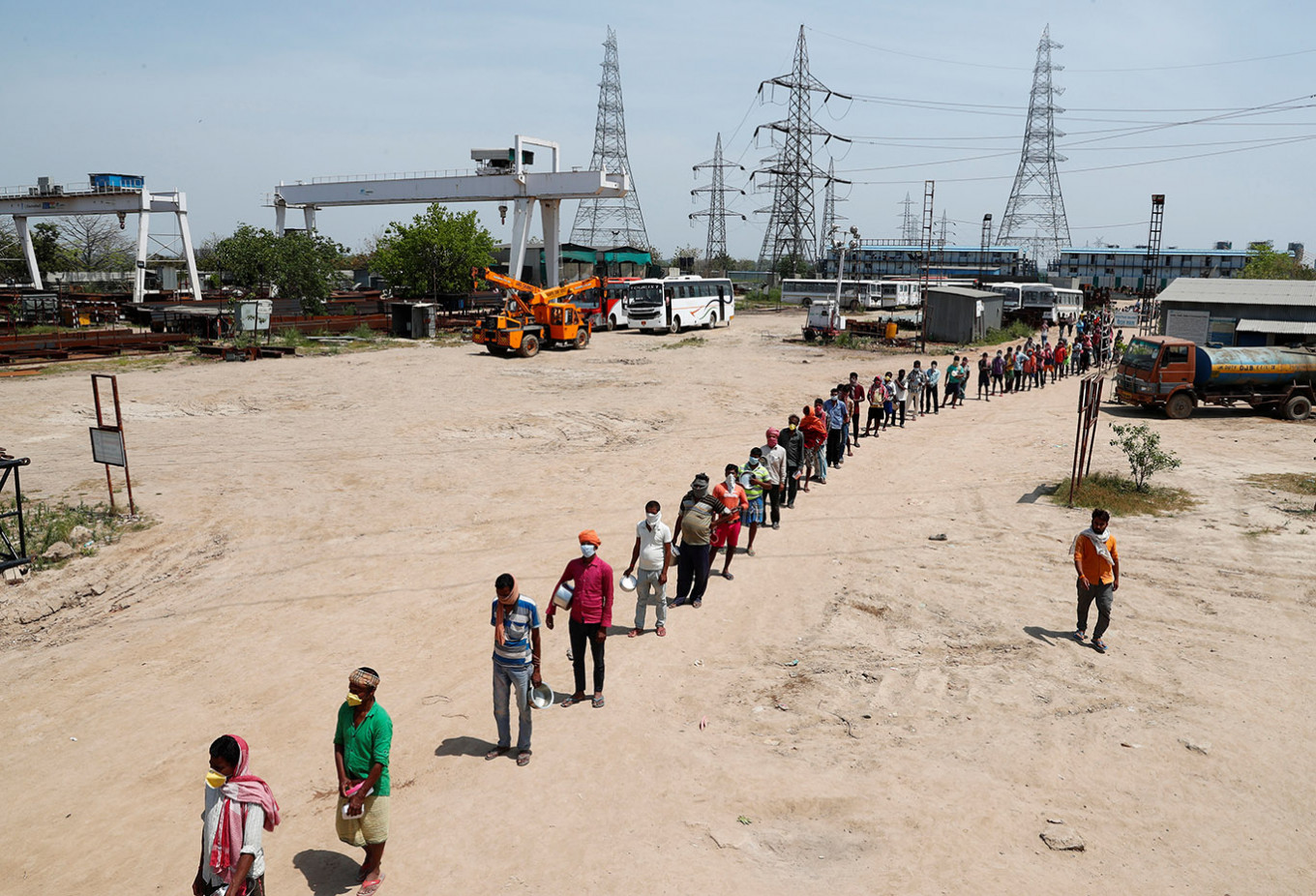 Daily wage laborers stand in line for free food at a construction site where activity was halted due to a 21-day nationwide lockdown to slow the spread of COVID-19 in New Delhi on April 10. (REUTERS/Adnan Abidi)

Globally, as of April 12, there were more than 1,783,000 confirmed cases of COVID-19 and 108,907 deaths worldwide. India, a country of 1.3 billion people, has been able to manage and contain cases of COVID-19 to about 8,300, much below the global incidence rate, with negligible community-based infection due to well-executed plans and pre-emptive preventive methodology under the leadership of the Prime Minister Shri Narendra Modi.

The focus areas of the strategy and major actions taken are as follows:

The first travel advisory was issued on 17th Jan (before the first case was detected in India) along with the initiation of screening on flights arriving from China and Hong Kong at 3 Major Airports. Screening and graded travel restrictions were increased step by step from mid-January until March 11, when the World Health Organization finally declared COVID-19 a pandemic. As of April 6, 1.5 million passengers had been screened at the airports, 44 thousand at sea ports and more than 2 million at land borders.

Passengers are monitored in the community through the IDSP network on a daily basis. At present 621,000 passengers have been brought under surveillance, of which 33,249 were found to be symptomatic and referred; 5503 have been hospitalized so far. This has ensured that not a single positive case has been able to mix with general population.

A network of labs across the country has been set up to facilitate early and timely sample testing. The WHO has identified the National Institute of Virology in Pune as the referral laboratory for the entire Southeast Asia Region. From one laboratory in January 2020 to 223 labs nationwide (157 public labs, 66 private) now, over 190,000 samples have been tested to date. India is also developing indigenous testing kits to meet higher demand for more extensive testing.

The Indian private sector is being fully involved in the quest to make affordable local alternatives. For instance, there are now 32 Indian companies that have started work to produce personal protective equipment (PPE) kits. A six-fold increase in the supply of oxygen for medical purposes has also been ensured, since Feb 1. At present 727,494 beds, 171,317 isolation beds and 74,450 confirmed COVID-19 beds have been identified. Up to 40,000 extra isolation beds have been prepared by converting 2,500 railway carriages. The production of pharmaceutical supplies, like anti-pyretic tablets and Hydroxychloroquine, has been expanded to meet domestic needs and to export to other countries.

One of the biggest ways to prevent community spread of the infection is through communication. Press ads about the basic do's and don'ts of COVID-19 management were released, and more press ads dealing with other aspects are being developed and released as the situation progresses. Regular press conferences with the Health Minister have been carried out, and daily updates by designated officials have been issued and relayed across all media channels. Daily press releases about the number of cases, travel advisories and other COVID-19-related decisions are being issued.

The government has taken every step to ensure safety of its citizens. There have been evacuation operations from Wuhan, Iran, Japan, (from a cruise), Italy and Malaysia. The evacuees were brought to quarantine facilities which were set up on a real time basis on a war footing.

The effort is on, and there is a tough battle ahead.

Disclaimer: The opinions expressed in this article are those of the author and do not reflect the official stance of The Jakarta Post.